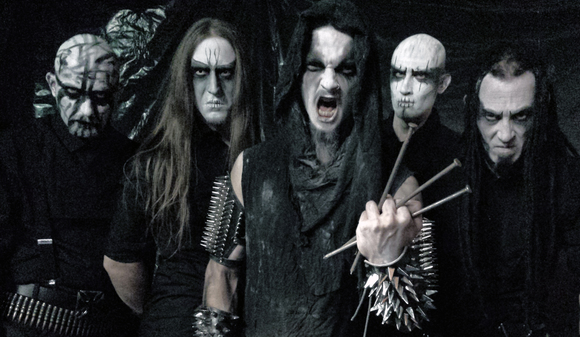 For the past decade, the 'Beasts of UK Darkness' ETHEREAL have bombarded audiences with their own unique brand of symphonic black metal.

With roots dating back to the early 2000's, Ethereal have established them as one of the most exciting acts in the British black metal today. During their formative years, Ethereal released the two acclaimed underground EPs "Hells Divine Existence" and "Revelation Beast" and went on to share the stage with world class extreme metal bands such as Belphegor, Fleshgod Apocalypse, and Dark Fortress - to name but a small few.

Throughout their history Ethereal have undergone a steady process of evolution and refinement, returning to the stage in 2013 with their most accomplished line-up to date, showcasing a huge musical progression and impressive live shows. This new incarnation of Ethereal has stormed stages across the UK with acts such as Gorgoroth, 1349 and Marduk, winning over fans old and new with their energetic performances and gargantuan symphonic black metal sound.

Having signed to Candlelight Records in 2014, Ethereal unleashed their debut album 'Opus Aethereum' in January 2015.
Mixed by the world reknowned Wieslawski brothers at Hertz Studio, Poland, 'Opus Aethereum' showcases Ethereal's most focused, dynamic, and explosive work to date. 'Opus Aethereum' advances far beyond the sound of Ethereals beginnings and demonstrates exactly why they have risen to become one of the leading lights in United Kingdoms extreme metal scene. The album is a sonic manifestation of darkness and chaos, an aural assault that simultaneously pays homage to and progresses beyond the blueprint of black metal.