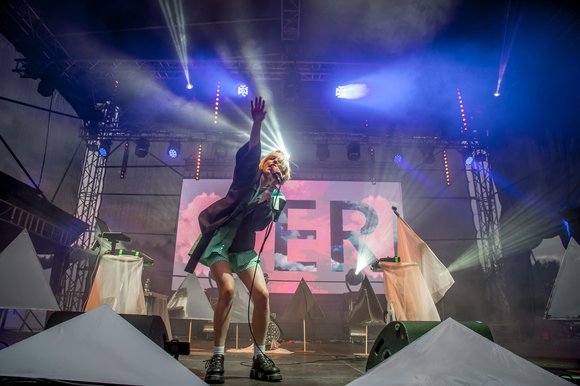 Some people compare her style with Grimes and Bjork, but she is completly from another world. Her specific dance, openess, sensivity and extraordinary image makes people love her.
Now she very likely-looking young artist in Poland! Last time she won one of the most prestigous competition in our country: Headliners of Tomorrow and as a laureate she played at Open'er Festival.

In Poland she’s mostly known as a talented musician, who create very interesting electropop. She's also a tone-sensible producer recording her own music at home. During her live acts her voice, dance and play of lights create an unbelievable atmosphere.

In last years she took part in some important music festivals (Enea Spring Break, Malta Festival, Ars Cameralis, Samsara Festival Europe) and she played a lot of club concerts in the biggest cities of Poland. She has been also playing some gigs abroad (Germany, Ukraine, Hungary, Czech Republic).

Her debut album is available on Spotify:
https://open.spotify.com/artist/5JGMmUfV5ik163cyRiOlS0?si=teno8mckTwWvXP84S5b2LA