"Life is too short to quit chasing dreams."

Why do many musicians only try to seek their fortunes in the United States? Two years ago Jordan Prince emigrated from New Orleans to Munich with his guitar, his girlfriend and a handful of heart-warming folk songs. His songs are harmonious and calm, suitable for living room concerts – and his lyrics are profound and impulsive. We wouldn’t be surprised to hear his music being played in an Independent film someday. Our interview with Jordan proved to be just as authentic as his music.

Being a musician takes a lot of drive and passion. How has it been for you? When and why did you decide to make your own music?

Well, actually, I owned a guitar for about a year before I ever picked it up. When I was about 14 I really wanted an electric guitar and my parents got me one for Christmas. I banged around on it for a few months and got bored. Then, around 15 I discovered some music through my local record shop, Top Shelf Records, that really inspired me. My Dad was already a huge influence musically for me because he was showing me Led Zeppelin, Simon & Garfunkel, Crosby, Stills, & Nash, Queen, Heart, etc. But when I discovered this angsty acoustic songwriter, Drew Danburry, I became very obsessed with trying to play and write my own songs. I feel that the maturity of his writing has aged alongside me perfectly. As I became older, the skill and depth of his content became even more prominent. He was absolutely a major catalyst for my early musical days. With this new inspiration, my passion was untamable. I was writing like crazy.

Passionate musicians working part-time is a commonly followed path. Without having a steady side job, many musicians simply can’t pay their bills. How do you deal with this issue? Can you make a living from your music?

Right now, no I can't. Some months are better than others of course but without my side work, I would not be able to get by. It's a shame too because I think a lot of musicians start writing and performing with this idea that in a few years they’ll be able to quit school or their job, rent a van, and hit the road, eventually making it big. First of all, I think all musicians should definitely keep trying to do that.

Life is too short to quit chasing dreams. However, these days there's such a massive overflow of people doing the same thing that it's incredibly hard to stand out... plus, as probably anyone reading this will know, you just can't make any money from things like Spotify, Tidal, or iTunes. These days it's all about sync licensing and concert ticket sales. But that's not easy for everyone, especially beginners. There are always exceptions though, and there's always hope – as long as the content you're producing is quality. That's always the most important thing.

Self-promotion, building up a fanbase, networking, getting booked etc - the to-do-list of any DIY musician is really long. How do you manage to organise everything at the same time? Do you have any tips and tricks?

That universe, the online-self-promotion-branding-self-product-universe is a hollow one. It's important to understand it and use it to your benefit, but be smart about how much of your time you're putting into staring at a screen telling everyone how great you think your shit is. It can be taxing. Having said that, if you're starting out fresh, have a good record you can hand out when you're networking. Nobody wants to be handed a blank disc with your name in Sharpie, with 3 tracks you recorded raw from Garage Band. If you don't want to print discs for networking, at least have a sticker or a card with your SoundCloud/BandCamp or website details where you can feature your (quality) tracks.

Go to your local concerts and meet the bands. Musicians are awesome people 99% of the time. So make a new friend, and maybe you guys can work together in the future. Or maybe they’ll have some good advice on how you should start out booking in your own city because every place is a little bit different. BE HUMBLE, ASK QUESTIONS. gigmit is a great site to help you book gigs. I've booked several shows through them this year. Also, do your research for your social media growth. It's all out there. There are certain times on certain days when it's best to post, there are certain hashtags you should use, certain groups you should post in etc. It takes time to find all the info but it's there, just waiting for you to access it.

How did you discover gigmit? In what ways does gigmit help you?

If I remember correctly, I think I found it via Google. I think I was researching platforms that help with this sort of thing because I was new to Germany (and Europe in general). And there it was! I applied instantly and signed up for the premium account so I could apply to as many gigs as I wanted. I think my first two days I must have applied to over 150 venues/festivals. I would say, just as with any website based on participation from venues, the success or influx of gigs comes in waves. So some months, if there is a lot on offer in my genre and if the location or pay is interesting for me, I apply. This year I played a show in Görlitz via gigmit that I was very happy to play. They covered my travel costs, fed me and gave me a place to sleep in addition to my performance fee. Everyone there was extremely kind and helpful.

What bookings have you got via our platform so far?

Well my next booking through the site is at Prachtwerk Berlin on 22 September. I was called by Sasha, one of the coordinators, and she very kindly locked the date and put me in touch with the booking manager over at Prachtwerk. I like playing in Berlin so my gigmit profile offers that location first. It's sort of personalised to your genre and preferred cities.

What is your next step? Gigs, tours, studio? What are your plans for the next few months?

Right! So, July 1st I released the 5-track EP, Jordan Prince Band into the digital world. It’s available on Spotify/Tidal, and for purchase on iTunes/Amazon/Bandcamp. It was the last thing I recorded in New Orleans before moving. There are some very talented musicians on this record and I’m so thankful they took the time to work on it with me. I’m very happy with the final product. Starting this fall I will be travelling across Germany on the “Sophomore Year Tour" to promote the JPB release. Original band member Violeta Del Rio will be flying in from Spain to accompany me on piano/backing vocals. Also, I’m very proud to have drummer/ percussionist Alejandro Vega flying in from New York to play with us as a trio. The first official gig of the tour is in Berlin at Prachtwerk on 22 September.

I’m also writing a new full-length album I want to release next year. It’s an album with a concept: twelve songs dedicated to twelve people that have changed my life. Each song will be designed specifically for each person as a sort of thank you gift. And finally, I was just named Süddeutsche Zeitung Band der Woche, and my next gig is at the Isar Insel Fest on 2 September here in Munich! 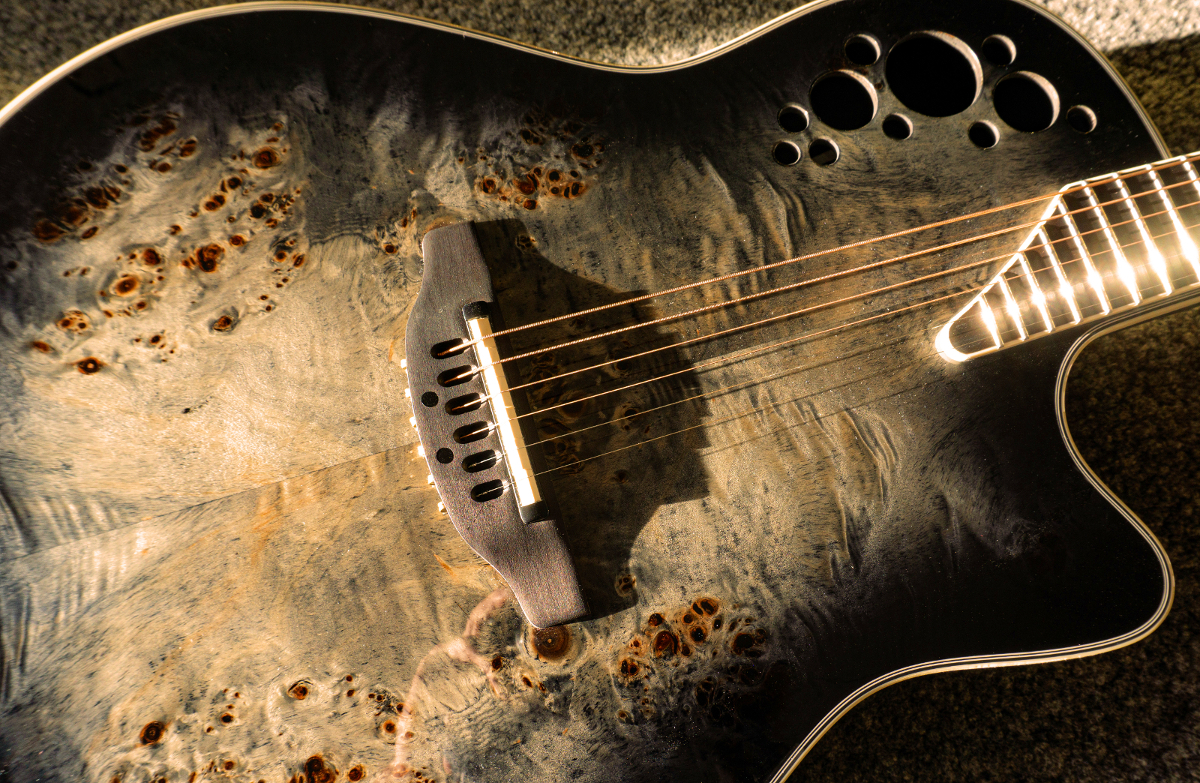 The Wood that Singer-Songwriters are Made of 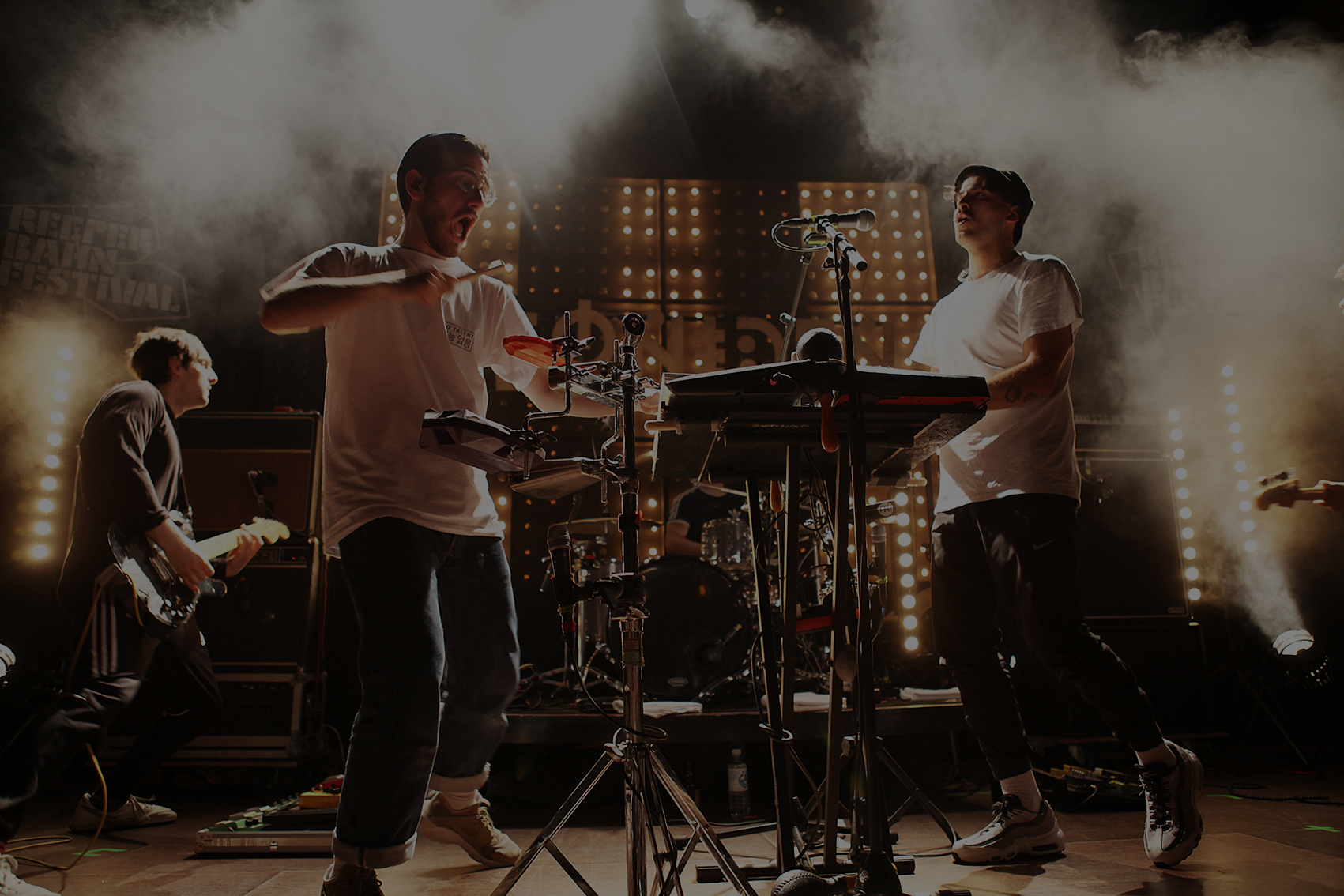