"Nothing is real. Except for yourself."

Interview with CAPITANO,
band of the day @ Summerfest 2019

Summerfest is the world’s largest music festival. It hosts over 800 acts and 1,000 performances on 11 stages across 11 days in Milwaukee, WI. This cornerstone summer celebration attracts the music industry’s hottest stars, emerging talent and local favourites. This year the German independent pop extravaganza CAPITANO was performing at Summerfest the first time
and won the “band of the day” award.
We talked to the band which is one of gigmit’s most booked live acts about their first gig in the US, attitude and their new release ”when i DANCE”.

gigmit: Who is CAPITANO?

We are Capitano and we call our music “Independent Pop Extravaganza”. Just like our fans, we don't like to be stereotyped and limited in our ways of creative expression. But we do love to dance, to cry, to freak out and get hyped up. The Capitano, in our belief, is a figure that is flawed, but fearless. Capitano takes the lost and confused by the hand, to go out there and find reason and identity, together. The first one to hit the dance floor, so everybody feels comfortable to dance the night away.

If you could go to one concert of an artist (dead or alive) who would it be?

What does playing live mean to you?

How would you describe your music to a child?

That's the great thing about children. They don't question everything. They listen to it and start to dance. Children are my favourite audience. They don't judge, they don't overthink, they just feel.

keep on keeping on

What’s the weirdest or funniest thing that happened during a concert?

We just played in a very sketchy place in Rotterdam. We had a set of 10 minutes, which is ridiculous on its own. When they cut the power on us two songs into the performance, we kept playing "Workout". It's a song that is basically saying "keep on keeping on". The audience sang it together with us, after that we almost ended up in a fist fight with the owner and the people who organized the whole thing. It would have been very humiliating if it had not been for the people in the audience who cheered us on to keep playing.

How do you manage to get booked?

We do everything ourselves. A lot of times people get in touch after seeing us live to book us for their own venues or festivals.

What kind of gigs have you been booked for via gigmit?

We have been part of the INES#talent program and got to play showcase festivals in Sweden, UK and Canada.

How did you manage to get booked for Summerfest?

David, the head booker for Summerfest, saw us perform in Newfoundland, Canada last year. He was one of ten attending people and we gave our performance everything we had. We were possessed. We didn't anything let us stop from doing what we felt is something great. I think he was impressed by that and invited us to Wisconsin right there and then.

Have you played in the US before? What did you expect from the festival?

It's our first time performing in the states and it was very interesting. You really can see, people in Wisconsin aren't particularly used to see foreign bands play. So there was a good mix of surprise and bedazzlement on their faces. We love that.

It's finger licking good!
Almost everybody has German origins. People here love beer, big trucks and hunting. It all feels very masculine. But we felt appreciated and welcome everywhere we went. Wisconsin people like to party and they dig our German accents enough to pay for our drinks in return for some stories about Germany.

Which other bands would you recommend?

I would have loved to see Billie Eilish perform. Bon Iver & Snoop Dogg, too. We did not have much time to see other bands, and there were just so many.

What happened at Summerfest?

Nothing went as planned. We did not get a work visa, so we could not get paid for the show, although Summerfest really wanted to. Legally, there was just no way. On top of that, our rental car got towed after the show. Everything got way more expensive than we anticipated. The good thing is: It is an unbelievable adventure. And we won the "band of the day" award at Summerfest and got some goodies like instruments and equipment. We are hoping to get some funding from the "German music initiative" to at least get our plane ticket money back. We desperately need cash to keep on keeping on.

Tell us more about your upcoming release!

It's already out! "when i DANCE" is a song that, in essence, marks a change of heart within the band. We've been looking for something to believe in and to identify with for so long. This song is all about that state of feeling lost and looking for an answer. The answer is: Nothing is real, except for yourself. And that thing called "i" is something you can rediscover every day anew.
That is why we felt it is time to take off our masks and makeup and just shoot a video of us. Show our reaction to the final song. This is us. As pure as it can get. And it feels weird and voyeuristic and touches your heart in a very intimate way - or not at all. To us, it is something very special we have never dared to do before.

What can people expect when they see you play live?

A safe space to see something different, to feel something real, and to do something from the heart. It's a drama. Good and bad. Fun and Anger. Love and Heartbreak. It's a good test to see if you are an open person. And a good chance to become one if not. 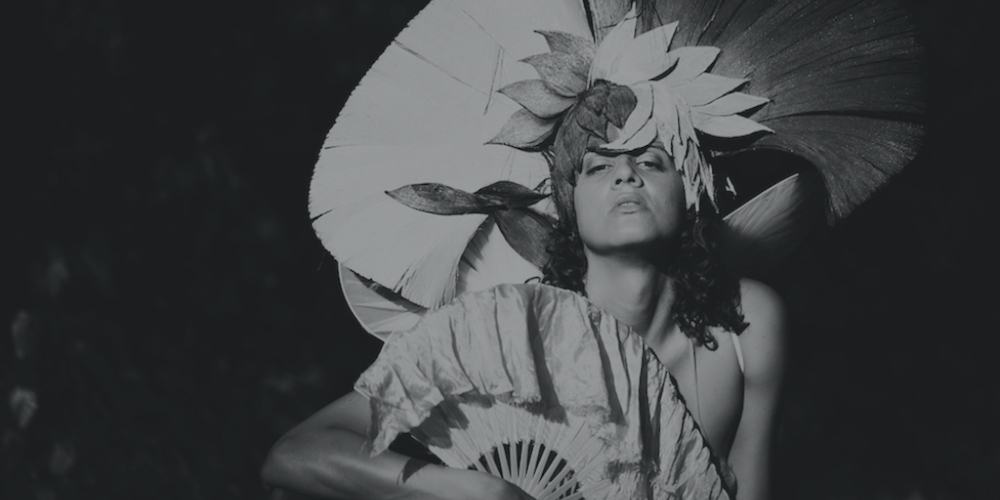 "I’ve played between 400 and 500 public gigs" - Stereochemistry
“For the 'fan growth' aspect, concerts are still the best option.” - Vincent Sala