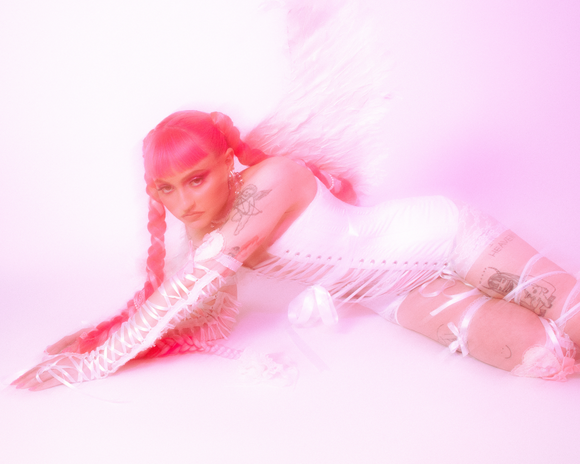 Emanuela is a singer-songwriter and electronic pop artist.


Throughout her childhood and early teenage years, Emanuela studied and practised both classical and jazz music and singing and later started creating pop electronic music.

She independently released her debut single “Final Fantasy” in 2019 and her EP “PURE” in 2021.
Emanuela started working with her current producer Alon Renser in 2018, and their search for their own unique sound resulted in “PURE,” an EP containing very edgy, electronic, queer and boundless sounds that fail to fit in a spesific genre.

After releasing her first EP, Emanuela began working on her debut album ‘Made in Heaven’, showcasing Emanuela's rude and unapologetic approach.
The Album contains hyper pop sounds with pop culture aesthetics, delivered with an edgy performance.