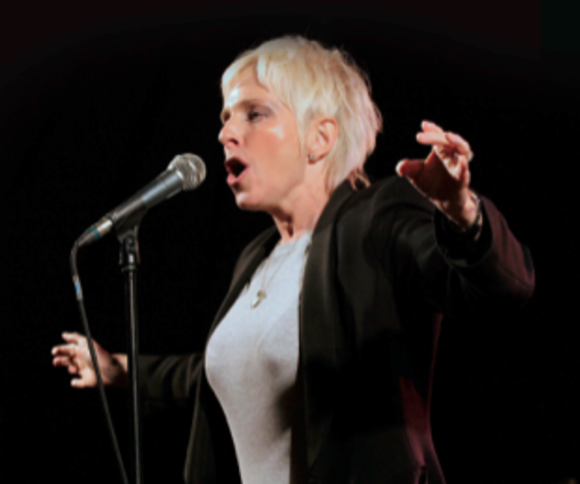 Ellen Foley, one of the best voices you have ever heard.

She was the one replying to MeatLoaf in "Paradise By The Dashboard Light" and scoring 2 international hits with "What's A Matter Baby" and "We Belong To The Night".
As an actress she starred in blockbusters such as "Cocktail", "Hair", "Married To The Mob", "Tootsie", "Fatal Attraction" and many more.
She was and is a top name on the Broadway scene. She comes back to the European scene in 2014 with a Benelux Tour, a brandnew album ("About Time", her 4th album) and a book about her life. She has not lost any of her energetic voice capacities and will give you a night to remember.