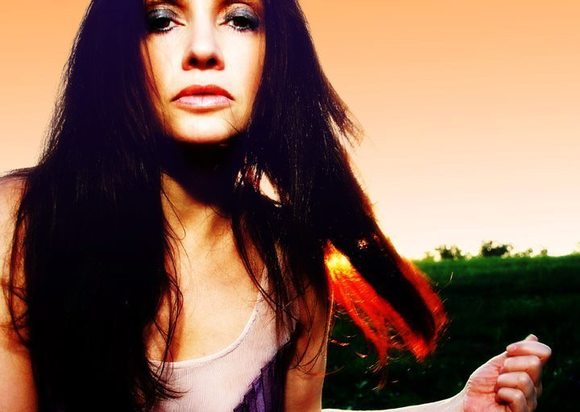 Originally from Los Angeles, she knew that she needed to try new sounds and styles without conforming to industry pressures. This led her to the creation of ‘Groovetonics.’

COMING UP:
ellee ven is making some bold moves this summer with the release of songs created around the States AND around her kitchen table! Recordings from the iconic Blackbird Studio in Nashville, Threshold Studios in New York, at East West and Capitol Records in Hollywood, AND around her kitchen table, the self-proclaimed “groovalutionary” is emerging with more than 20 songs. The first of these singles, 180 degrees and For Your Love were released earlier this year.

The completion of these songs would not have been possible without the dedicated artistry of her band. Her ever loyal trio is made up of drummer Jody Giachello, guitarist Antony Lee and rapper Prodéje. In addition, she is happy to announce that two more undeniable talents have joined the team — Jeffrey Motley on keys and Sam Sims on bass. Taking the helm of mixing and producing the songs are Grammy-winning Reggie Dozier and Terry Santiel. Together, the band has achieved a great working rhythm and ellee ven is excited to be in the hands of these industry veterans.

ellee ven reflects, “I really enjoy the work; the music making and the film making. These days have been exciting working at these amazing recording studios, but also at home. We are actually going to release a set of songs that we recorded around my kitchen table!”

Catch a full glimpse of this groovalutionary’s band in action in the upcoming video for “Blue.” Filmed in Los Angeles, the shoot highlights various locations around the great city and ends in a technicolor superspace! More videos are in the works under the direction of Hot Sauce Record’s own Noé P. Noé is the COO of Hot Sauce Records and works closely with all visual and recording artists.