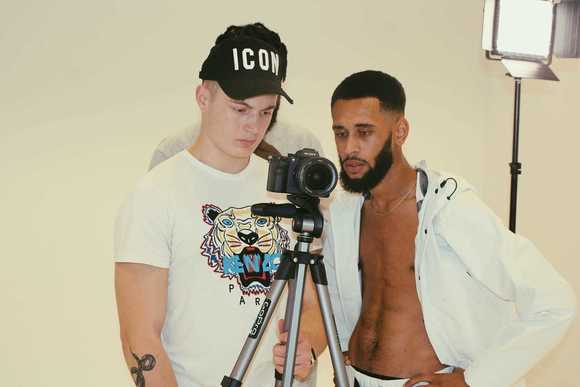 Originally from South London, EJA relocated to Ireland at a young age as well as being from a Ghanaian heritage.

This undoubtedly plays a role in the influence of EJA’s music, particularly in the development and composition of the sound he creates. EJA effortlessly showcases his ability to fuse real life situations into his music through his deep-felt, expressive wordplay and lyricism.

EJA’s progression in music is immensely significant, excelling from his debut single release ‘S.R.T.L.N.E’ to his highly anticipated EP – ‘I Don’t Trust A Soul, including tracks like ‘Top of the world’, achieving over 6,000 streams on Spotify. He presents a style of rap that resonates pain, which many audiences approve of. Throughout his music, EJA delivers a very melodic distinctive tone, emphasising his uniqueness as an artist.

The future success of EJA’s music career becoming beyond successful is inevitable, with his individualism, capability to adapt to versatile beats and adjust his flow improving the quality of the track’s production. The valid talent of an artist like EJA is what the scene aims to seek, being an influential figure that many audiences are bound to lock in to.