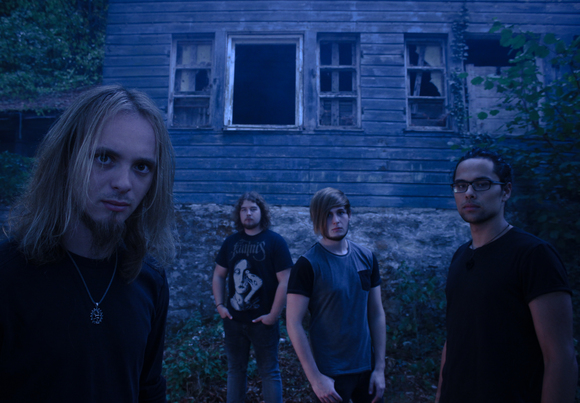 All hate, all fears, all the pain and the abstruseness of the human psyche, dragging a bloody line through life, incarnates in the music singer Fabian shouts passionately into the people. Supported by sometimes calm clean-guitars, sometimes pounding rhythms or tearing black-metal shredding over rolling drums, Eden’s Decay plays itself through the metal world.
Founded in 2012 in Meinheim near Gunzenhausen (Bavaria) the band had some gigs in the local area before being completed by second guitarist David in early 2014 and soon started to work on their first EP “NIHIL”, being released in January 2015. Quite fast it became clear that the band had no interests in playing specific genres or in adapting to the metal-mainstream. From the beginning Eden’s Decay went their own way. And so the unique sound crystallized, mirroring only the personalities of the members and showing a diversity in the music itself that soon led to the formation of a respectable fanbase and several gigs in and around Nuremberg gave Eden’s Decay a solid place in the front row of young metal bands.
Already a few weeks after the EP-release the bandmembers started working again to improve their songs and sound and began writing new material for their debut album. For it is sure their aim to have an influence on the international metal-scene.