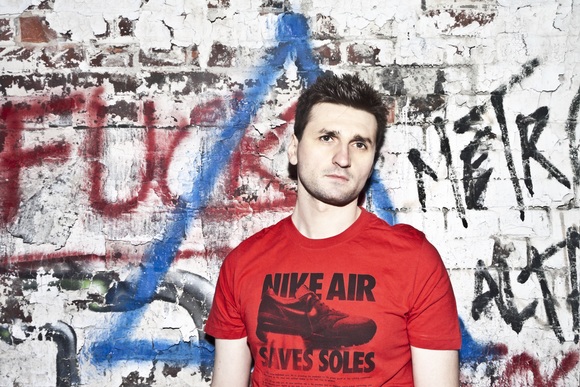 DJ with Soul has always been a music enthusiast who discovered a music genre in the mid-’90s which is still the biggest passion in his life – house music.

This was mainly due to listening to radio shows like HR3 Clubnight as well as going to house clubs or collecting different kinds of DJ mixtapes, first and foremost influenced by US house DJs and their particular sound, such as Jesse Saunders, Frankie Knuckles and Masters at Work.

In 2001, he decided to buy his first records in order to learn the art of mixing. House pioneers from the USA would also influence him most during his growth as a DJ, both in terms of music and skill.
For almost 20 years, he has been an enthusiastic vinyl collector and a DJ who has played at clubs, lounges and bars in different regions of Germany, such as Nachtcafé (Leipzig), Zooma (Plauen), Blumengold (Cologne) and Die Bank (Munich). His music comprises a wide variety of house music, especially classic, funky, garage and soulful house or even the original disco sound.

Since 2010, DJ with Soul has also been focusing on music production, particularly on house music that comes from the heart and which has a warm sound as well as soulful elements. He has released his music on numerous house labels such as Pogo House, Gents & Dandy's or Union Records as well as remixed N.Y.C. house pioneer Lenny Fontana or UK's very own Distant People recently - just to name a few.

He is also part of the Soulful House Collective and L.U.V. YOUR HOUSE crew in Berlin to promote quality underground house music.