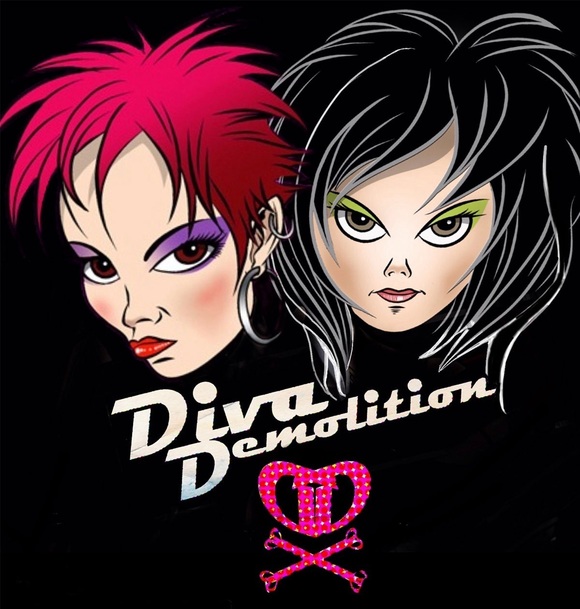 Currently touring Europe and based in Croatia.
Aussie rockers unleash Zombie on Croatia

After supporting bands like Kiss, Aerosmith and Motley Crüe in Australia, Brisbane-based rockers Diva Demolition have relocated over the other side of the world and will launch a new single next week.
Diva Demolition decided to release the catchy and danceable song, called Rock The Zombie, after an overwhelming response to performing it at their first European shows, performances, which even scored the band a feature spot on the Serbian National News.
"I'm really pleased we've finally come out of the closet to claim our deformed rock child," jokes singer Kylie Cowling, who said Diva Demolition had evolved the song over two years of live performances. "It's a fun song to play, it's a great song to dance and sing along with and it's an amazing video to watch.
“It’s got all the ingredients for a Halloween party anthem".

Diva Demolition will launch their single "Rock the Zombie" at Waves Restaurant, in Zagreb, Croatia, on Tuesday, May 19, with the single available for purchase on iTunes (and all good stores)
Diva Demolition, a band built around Kylie Cowling and guitarist Sherree Newton, has taken a six-month sabbatical from Australia’s bar scene to tour their stage show through Europe.
While it came as a shock to many of their followers, these girls are no strangers to travel, with a performance record that includes Japan, entertaining troops in Egypt, Afghanistan, Timor Leste and Soloman Islands as well as unrelenting performances around the vast continent of Australia in support of their debut album “Like It Too Much”.

"Rock The Zombie" is a song with a long gestation. Originally intended as a demo, the tune was simply too impatient to ignore. Co-written by close friend and drummer Dean Morrissey, Rock the Zombie has been part of their live show for nearly two years. Recorded in Brisbane by emerging producer Tom Fodor, the song was finished just in time for their European departure in April. Since then, they’ve had an overwhelming response to sneak peeks of the video clip made by cinematographer Ben Russell.

While overseas the girls are focusing on creativity. Their motive is to find inspiration for new material. Their first European shows, in Serbia, received an overwhelming response, including an appearance on the Serbian National News. "Rock The Zombie" stood out as one of their highlight tracks. Already the song is featured on Earbits Internet Radio, and other radio stations will get on board now this infectious tune is available online.