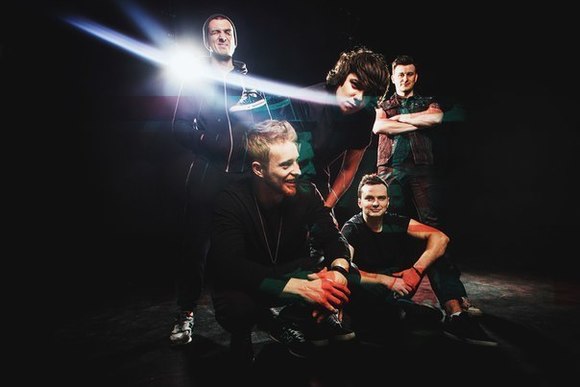 In the end of 2015 we have released our first studio album “I AM” that collected only positive reviews from musical critics and opinion leaders.

Presentation of the album was held in club SENTRUM (Kiev, Ukraine) that accommodates more than thousand people. DETACH gathered full concert hall what is sometimes even beyond the power of some American and European bands.
DETACH is the only project of such format in Ukraine that closely cooperates with all media portals, magazines and TV shows.
The singer Alexey Verenchik took part in a project “Voice of Ukraine” which is a Ukrainian analogue of worldwide famous show “Voice”. Musician has chosen a completely extraordinary song – Pink Floyd “Another Brick In The Wall”. The judges unanimously marked musician’s vocal abilities. Video got more views than performances of many other finalists of the project. Besides video gathered only positive comments and all Ukrainian tabloids has written about it.
From directing to postproduction we are creating our video clips by ourselves. Each our performance it’s not only a rock concert, but also a real show with VJ, special effects, bright costumes and incredible energy that winds public up from the first seconds.
DETACH has already achieved quite big success in Ukraine. All mass media is writing about us, we have sold outs on our concerts, we are going to play on the main stages of the biggest musical summer festivals 2016 (Atlass Weekend/Faine Misto, ZAXID FEST ect.). In our immediate plans is to expand the geography of our creativity.
During 2012-14, DETACH toured extensively throughout Ukraine, Russia, Belorussia and Kazakhstan and played at several major festivals, including MAXIDROM (Moscow, Russia) and NASHESTVIE (Bolshoye Zavidovo, Russia) on the same stage with Linkin Park, The Cure, Everlast, Clawfinger etc.
Beside festivals DETACH has been invited as a support for SKILLET show in June 2016