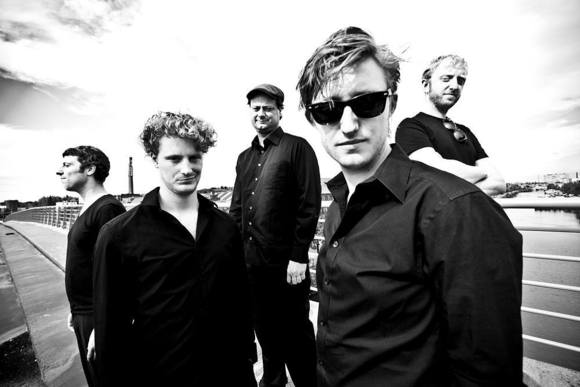 An evening with DelVitaGroup holds the promise of an intense ride with a musical duel between 5 young jazz wolves, who push each other to their limit and beyond.

The band is a well-established name in the Benelux for over 7 years. One by one top-notch musicians with a personal approach and a unique sound!
The group's core consists of the duo Peter Delannoye (trombone) and Toni Vitacolonna (drums), two young and driven musicians who always try to get the most out of any musical situation. They both started this adventure at respectively 20 and 19 years of age by adding the musical craftsmanship of saxophonist Steven Delannoye, pianist Bart Van Caenegem and bassist Janos Bruneel.
The DelVitaGroup is characterized by the strong improvisational powers, creative interaction amongst the musicians, sound and homogeneity.
This group had already projects and tours with soloists as Eric Vloeimans (NED), Stéphane Belmondo (FR),…
-----> In 2015, they will collaborated with dutch guitar hero, Anton Goudsmit.

quotes:
“The brothers Delannoye are considered as great talents in our national jazz scene.”
(Knack, Belgium)