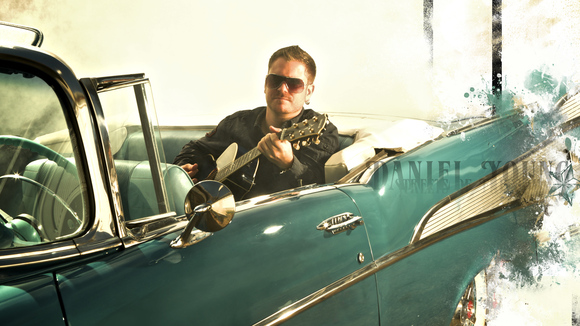 This Chistmas finally my song to warm your hearts and share with your loved ones has arrived just in time as a present for you!

Listen, sing along and enjoy this tune: "Yeah This Is Christmas".

As a gift from you in return: please share my song with everyone :)

Get a free song: "I Am Here"
danielyoung.viinyl.com

Being the singer of a Swiss rock band for more than 6 years Daniel decided to start his solo project at the beginning of 2012.

The solo debut album with its distinctive title “Streets Of Freedom” was already released on May 1, 2013.

DY was born in 1980 and grew up in Zofingen (AG, Switzerland). Since records began he was a passionate singer who sang along to whatever he listened to. Regardless of the language it was written in… He loved to play around on his mother’s sort of off-tuned piano and took piano lessons for several years, after he had to struggle with the flute for a few months at the age of seven. Eventually, he wrote his first tune at age eleven. It should become the most melancholic and psychodelic melody ever since.

DY started his first band at the age of fifteen. Unfortunately, this first short-lived band stayed unnamed. Meanwhile DY desperately tried to improve his American accent… especially rock song covers helped with that. School showed him that a guitar player might make a bigger impression on girls. So with a few bucks he had earned for cleaning windows at his favorite music store in Zofingen he bought himself a black Washburn guitar (of course one similar to Jon Bon Jovi’s). Some guitar lessons followed. Drumming and saxophone lessions completed his musical education. The movie “The Thing Called Love” did the rest for Nashville to become a magical place to be visited later on in his life.

DY eventually figured out how to transform dark matter (of facts) into the sparkling energy which enriches his songs. All his spare time he invested in songwriting. Soon there were enough songs written to start a band.

In 2006, DY founded a new project that resulted in the band “Dyabelle”. The next four years things progressed fairly. Songwriting, though, progressed from teen inspired dreams to the “real” life based inspiration of adulthood. This led to the renaming of the band to “Liven”.

After the release of their EP “One” (written, recorded, mastered and mixed by DY) Liven went to Winterland Studios in Minneapolis (USA) to record their first studio album. It has not been released yet for Liven split up after their last concert in March 2013.

Meanwhile DY had started to write and record his first solo album called “Streets Of Freedom” which was also mixed at Winterland Studios by Josh Levi. All songs were mastered by Todd Fitzgerald. Winterland Studios are known for having worked with artists like Lenny Kravitz, Prince, Daughtry, James Blunt, Alanis Morissette and many more.

DY continues his way as a solo artist. However, 2014 he set out to find the best of the best musicians to accompany his solo project. For a few live performances he staged with percussionist Marcel Aubert whom he met at a concert. Marcel is a profound and talented music lover who complements DY on stage almost to perfection.

All of Daniel Young’s songs are and will always be fully or at least partly autobiographical.