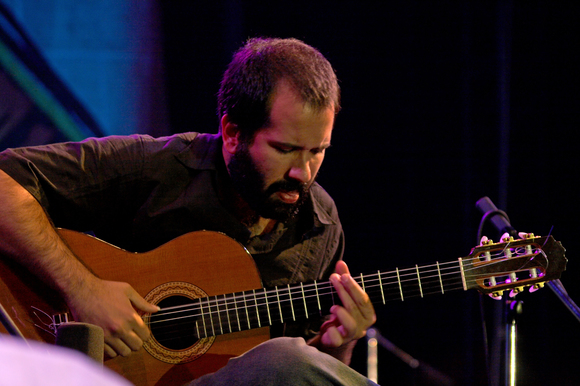 AWARDED BRAZILIAN 7 STRING GUITARIST FROM RIO DE JANEIRO (BR) UNIQUE MODERN PLAYING “Daniel Marques is one of those artists that you run into once in a while and you just go: ‘Wow!

Where this guy come from?’"
- Grammy Awards board member Niels Lan Dokky

"Taking Brazil's Rythms and stretching them out."
- The New York Times (USA)

"Marques skill and virtuosity is of a high level." - Rolling Stone Magazine

Winner of the Brazilian Grammy as an orchestra arranger and producer ("Prêmio da Música Brasileira - 2010"), he has also been having the privilege of performing for the Swedish Royall Family since 2008 at the occasion of Princess Viktoria´s Birthday commemorations.

"Original, rhythmic and artfully conceived, Daniel Marques and Rodrigo Ursaia defy all convention to create an instrumental music that is edgy and truly innovative."
- The Akademia Awards, 2016 - (USA)

"He represents a cross-section of the so-called 'who's who of Brazilian music.'." - Jazzin website;