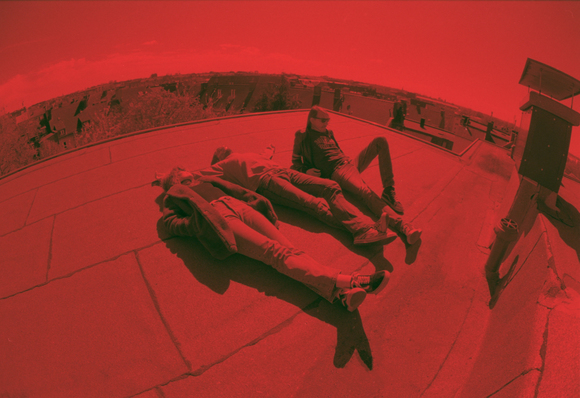 DAILY THOMPSON is ready to take off from their home base Dortmund once again!

Influences from grunge, garage and indie rock work together for a completely overdriven, extremely fuzzy Bigmuff. Their sound is rich in noise, indie-blues and desert-stoner-rock, with Daily Thompson's usual fuzz, wah-wah and distortion attacks, they create their individual sound of Fuzz-Desert-rock. Especially the 2 leadvocals are kind of unique in that style of music.

The trio has spent the last four years on the road. Back in the days, one used to wake up between beer cans and other trash but times changed and staying the night in hotels does not conflict with being authentic at all. In fact, Daily Thompson have already proven themselves as a certificated rock sensation during countless shows, including festivals such as the German TV WDR Rockpalast Crossroads Festival, Reeperbahn Festival, Orange Blossom Special Festival or Krach Am Bach. Stages were shared with bands like Dinosaur Jr., Liam Gallagher, Maximo Park, Portugal The Man, Earthless, Mustasch, Nebula, Truckfighters and many more.

Although the band is constantly on tour, they simultaneously release singles and albums like the self-titled debut album in 2014. One year later, they put out the split 7"-vinyl ‘Spit Out The Crap’ together with the US band Mos Generator and in 2016 the band released their second album ‘Boring Nation’. Plus, they celebrated the release of the split 7"-vinyl ‘River Haze’ at Reeperbahn Festival in 2017. Their album ‘Thirsty’ was signed by MIG Music and released in November 2018. In January 2020 the band released a split 7” via the italian Label Ammonia Records with one woman show Elli De Mon, the italian respond to Seasick Steve.

2020 the band will also release their fourth longplayer and a live record will be recorded in summer!