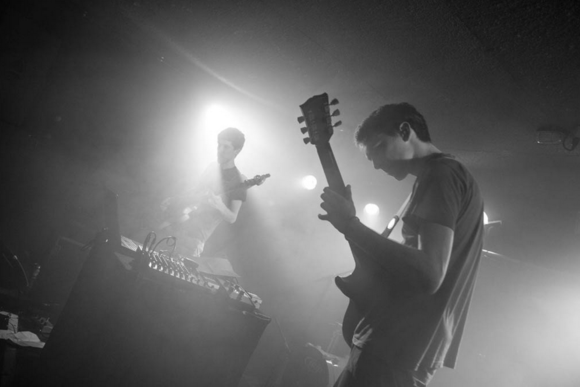 We fuse electronic music (breakcore, idm, glitch hop, noise, …), rock-oriented genres (mathrock, postrock, punk, …) and spoken word samples into our live set. Our sound was once described as Battles making out with Aphex twin, which might be a straight forward way of defining our music. On stage we use (bass)guitars, loop recorders, effect units and a laptop.

In our two years of existence we've released several EP's ourselves and we have booked ourselves some tours in Germany, The Netherlands and the UK. We have played with national and international artists such as Frog pocket, Enduser, Juffage, Lost in the Riots, Rumble in Rhodos, Reiziger, Bronze, My disco, Allright the captain and many others.