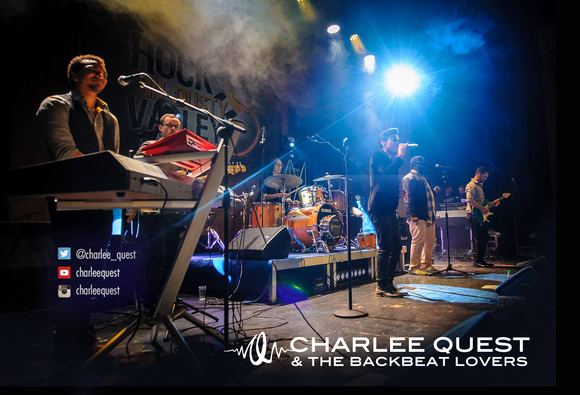 Charlee Quest is an artist of many facets.

Drawing upon a rich musical heritage in his south american roots, he blends Soul, RnB, Jazz and Pop into a spicy sonic gumbo- wilfully ignoring musical boundaries to create songs that transcend cliches, and touch your heart and soul. Based in Munich, Germany, he has gathered a band of accomplices around him that have the skill and talent to withstand such intense heat in the musical kitchen: the BackBeat Lovers. After investing the time and effort to really come together as a band and find their groove, they have now landed a label deal with mindcontrol productions… And are ready and primed for their first record „Faith and Good Company“ to see the light of day in August 2015.

„Faith and Good Company“. is available for preorder on itunes starting 7th of August 2015, and will be released on the 15th of October 2015.