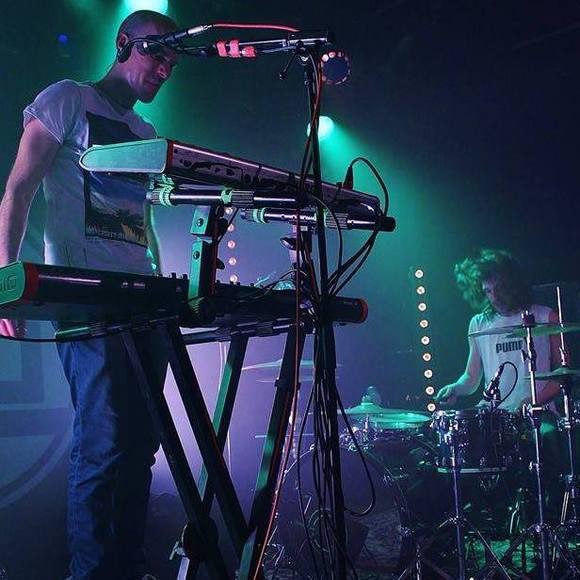 Colliding a wide variety of musical styles, instruments and sounds, the Chaos Club concept sets out to bring the studio to the stage in a major way.

With Chuck (keys/vocals) and Collin (drums) fusing elements from all over the musical spectrum (classical, jazz, blues, pop, rock, house, hip hop, metal) with a beat-oriented live-performance, the foundation is made for an expansive show. Chaos Club is aiming to capture the DJ/Club feel in a live-performance with a blend of electronic and acoustic instruments and sounds

Chaos Club has grown to a full team of hard-working, talented and creative individuals.
Working in the studio as producers/songwriters and performing live on stage their own deep, electronic sounds and full lightning, an explosion to be expected!

In 2013 they released the first single “Hyperdrive” which was an instant success at several radio stations.