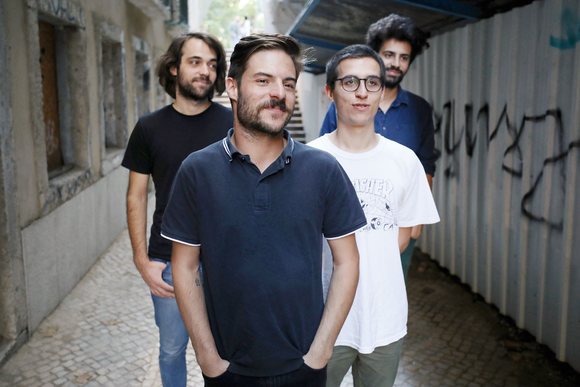 After the release of their first release and extensive touring, Cave Story are now ready to unravel a new chapter in their history and to explore new landscapes — this time, the trio is going “West”, a word play with their condition in a western society, living in the most western point in Portugal, where they’ll expiate boredom and fears.

Elevating their indie sound to post-punk grooves and buffed bass lines, Cave Story still sound youthful and urgent, with rock’s rebel ways still playing a strong role in their songbook. In twelve songs, the three man outfit play the “why so serious” game with the listener, challenging everyone with post-punk dance revolutions.Self recorded and produced by Cave Story (except for "Body of Work", recorded by Luís Caldeira in legendary Valentim de Carvalho Studios, in Lisbon, and "Like Predicted", recorded in Porto's Sá da Bandeira Studios by João Brandão), "West" elevates the rock song to a pop delicacy and reiterates Cave Story as the future of Portuguese rock.