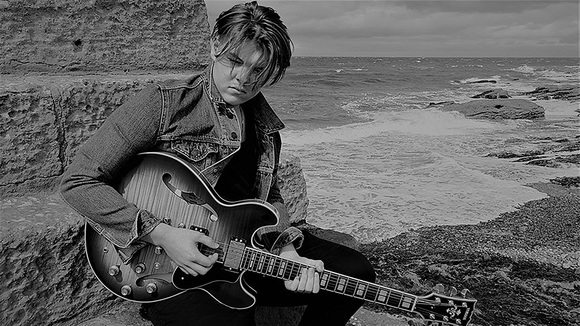 Calum Jones - One For The Road - Music Video

Inspired by blues, rock, folk and the Celtic heritage of his Scottish home, Calum Jones is adept with big riffs and bold melodies that back his thought-provoking lyrics.

The sheer power in Jones's voice demands your attention and refuses to be anything other than centre stage.

With a prolific release schedule that has seen him drop a new track every month of 2020 leading up to his 3rd studio album ‘MirrorGlass’ in September and Having already seen significant global radio play and been favoured heavily by the likes of BBC introducing Scotland & Jim Gellatly, Calum continues his rapid rise as one of Scotland's most talented exports and to establish his reputation as a fast-emerging new music must have.

He's a regular festival performer, winning over crowds with his enthusiastic banter, sing along choruses and positive energy and can often be found touring the country with just a guitar on his back and fiery spirit in his heart.
Join the ever growing #CJFAMILY and keep up to date with his new releases, festival appearances and all things social via his website at https://www.calumjonesmusic.com/