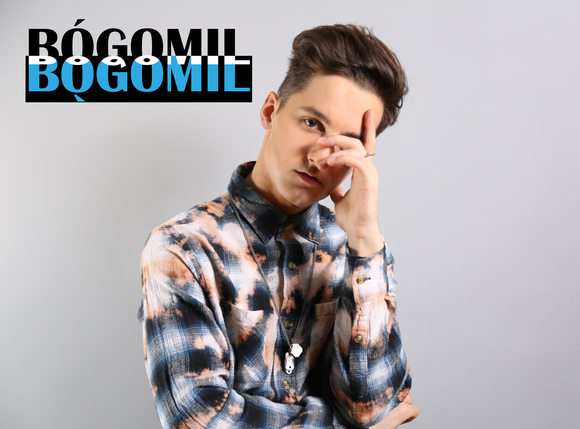 Influenced by artists such as Justin Timberlake, Sia, Stevie Wonder, Beyoncé, producers from the likes of Max Martin and Benny Blanco, he creates a colourful sonic palette with his music.

Having started his music career at the age of 6 by joining a vocal ensemble in his hometown in Bulgaria, he develops his musicianship and creativity that leads him to exploring future opportunities. At the age of 14, Bógomil auditions for the first season of X Factor Bulgaria and despite his age he is given the chance to continue his participation in the show. Eventually he achieves the position of a runner-up and the first record deal follows. Bógomil signs with Virginia Records (Sony Music) that exposes him to a big number of fans and followers. He is among the artists to take part in the Coca-Cola Happy Energy Tour for two consecutive years (2012,2013).

Currently, Bógomil is in his final year at the University of West London, studying Music Performance and Recording whilst working on his EP due for release in February.

With his remarkable stage presence, showmanship and soul-touching vocals, Bógomil is part of the next generation artists that bring the new trends in music.