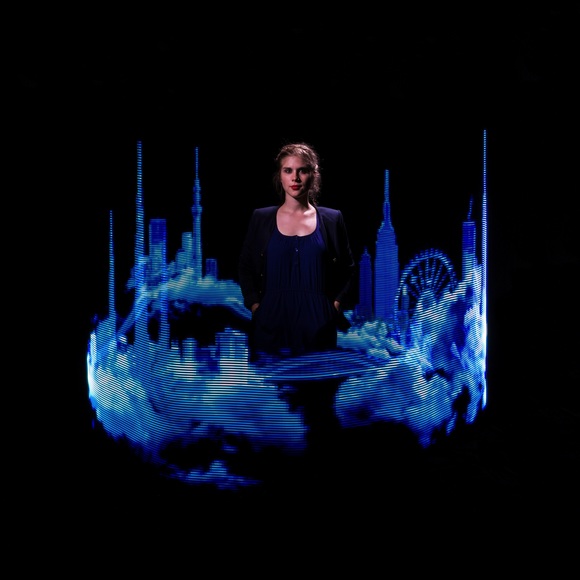 For their debut «Of Inner Cities», BLEU ROI travelled from the shimmering lights of Manhattan over the mighty Swiss mountains to the foggy dusk of Gothenburg.

The landscapes as well as the experiences of their journey
transcended into their music, and now BLEU ROI are ready to carry their
album out into the world. Inspired by the «Nordic sound» of artists such as
José González, Sigur Rós, Daughter and Bon Iver, the band's album mirrors
the duality of being on the road, and feeling at home.

It is both beautiful and challenging to capture magical musical moments on
tape. There are two long journeys that coined BLEU ROI's first album «Of
Inner Cities»: the songs were born in New York City, singer Jennifer Jans'
distant home country. It is there that the urban sounds weaved into a web of
large soundscapes and it is there that the overwhelming metropolis found its
way into the lyrics.

After stopping in native Switzerland, BLEU ROI confided the New Yorker
workpieces to Swedish-Hungarian producer György Barocsai at the
prestigious Svenska Grammofonstudion in Gothenburg, Sweden. There, the
songs obtained their rightful maturity, the space they require to breathe and
the dreamy little sounds here and there that turned the album into the
veritable work of art that it is.

At the heart of «Of Inner Cities», however, are the people: singer and
mastermind Jennifer Jans did well to horde together her sister Imogen Jans
(keys, backing vocals) and the brothers Axel Rüst (guitars, backing vocals)
and Stefan Rüst (drums). The four musicians have played and participated in
numerous bands and projects, yet share the unity of a magical present which
is audible and tangible in each one of the eleven songs. That's why this record
is much more than the mere sum of its distinct parts. All of these
circumstances form the oeuvre «Of Inner Cities».

The quartet – normally draped in blue – have already convinced a very
diverse crowd with their first EP «Treasures» (2013), which Jennifer Jans
recorded in her bedroom and later produced with Jascha Dormann
(laFayette). A slot at the Reeperbahnfestival in 2016, a tour in Germany, many shows in Switzerland and several gigs in New York are amongst the highlights in the band’s history.