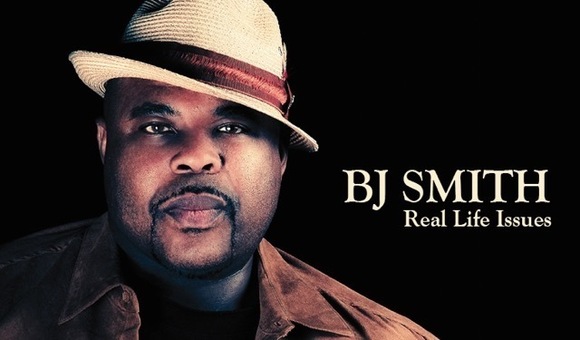 Their soulful, timeless music made emotions surface that you didn’t even know existed. The long awaited solo release REAL LIFE ISSUES by singer / songwriter / producer, BJ Smith, will leave you with those same feelings.

His soulful delivery, musical craftsmanship, talent, and personal markers in volumes of music history have taken him all across the globe; performing concerts, playing corporate events, and movie premieres. His vocals and music have also been featured on television and in motion picture soundtracks.

A few highlights of those volumes include: performing at the Cannes Film Festival and for U.S.A. President Bill Clinton’s 50th Birthday party held in Los Angeles, CA hosted by Whoopi Goldberg. He has been featured on more than 20 albums, played on The Tonight Show with Jay Leno, Saturday Night Live, The David Letterman Show, the MTV Video Music Awards, The Arsenio Hall Show, and BET Awards, and many more.

He has toured the world with Toni Braxton and the late great Rick James playing percussion, keyboards and singing backup vocals for both, also touring with En Vogue, where he sang background vocals, played percussion and keyboards, and he and his band opened for them during their recent summer 2014 and 2015 tour dates.

These accomplishments are in addition to many different independent headline tours with variations of his band throughout the US, over the years. After taking a brief hiatus, he is back with a dynamic and sultry, long awaited solo album release.

BJ SMITH MUSIC includes a handpicked band, comprised of old school, multi-instrumentalist session players who also tour with many legends of music to include Stevie Wonder, The Jacksons, Earth Wind, & Fire, the late great Natilie Cole, Michael Jackson, Rick James, Teena Marie to name a few. And together, they are creating a distinct sound honoring soul, rock, rhythm & blues, and true funk grooves. This latest CD is a solid return to “grown-folk music” with an emphasis on the “G”. The new volume of entertainer starts NOW with BJ SMITH and his latest album, REAL LIFE ISSUES.