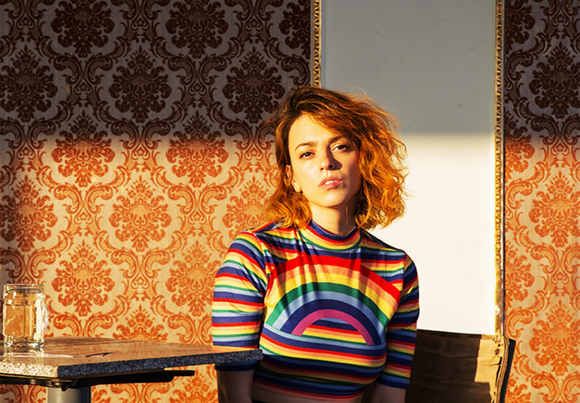 A Vienna-based multi-instrumentalist, Bitten By currently prefers to work with electronic sounds, looper and synthesizer and experimental devices like Midi-Gloves which balance deliciously with her glassy voice.

Her original compositions not only have teeth but also leave a sweet aftertaste of Grimes or Kate Bush. Appearing initially at the SXSW Festival in Austin, Bitten By was later named "Act of the Month" by Vienna’s popular indie music station, FM4. Since the release of her debut single “Ruins” on July 14th, 2017, she could count many listeners on Spotify and was immediately part of well-known playlists like "New Music Friday".

March 2017, Patricia had her first live performance at the SXSW Festival in Austin / Texas, where she was accompanied by a 360 ° live broadcast of musicians from a prestigious concert hall in her hometown Vienna.
Bitten By was named Soundpark Act of the Month in September 2017 by the Austrian radio station FM4, even before the release of her debut EP "Relations" on October 20th, 2017. In Winter 2018 Bitten By accompanied the band Leoniden on their tour through Austria and is preparing right now her first gig in New York City.

The artist is working currently on her debut album for 2019.