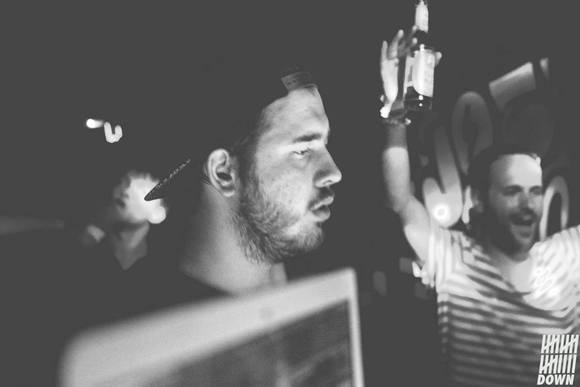 Bego was born in 1992 in Sanski Most (Bosnia-Herzegovina) and grew up listening to folk music, because members of his family regularly practiced it.

Instead of being influenced by this genre, the electronic music was Bego’s preference and he established his own taste of music. At the age of 11, he bought his first CDs by artists “Daft Punk” and “Mr. Oizo” and in the following years would stray more and more in to the sound of the underground.

His enthusiasm and passion for making music of his own made Bego started making music at the age of 14. At first he performed at different houseparties with ultrasound accompanied by the support of his friends, but for Bego it was not enough to just play the sounds of other artists. Thereupon he began to record his own songs with the help of FL-Studios. Bego in person put together some tougher music, but initially produced tracks with a deeper house sound and so he got more and more into the progressive house music.

After a few years of producing, Bego formed a DJ-Couple with one of his best friends when he was 18. It did not take much time until he got his first recording contract in the “progressive house” scene with the Spanish label “We love House”. Unfortunately, in the same year the duo separated because of private problems.
In this time Bego tried to search for something new and gathered influence from different parts of electronic music (for example Dubstep, Trap, Goa, Acid etc.). Most of those genres were played on kind of alternative parties which is why Bego got into the world of underground music and arouse a deep connection and passion for techno.

After a brief hiatus he continued producing music again. He achieved a higher level and this reflects in his music until today. He fell in love with the deep and impulsive music but the rougher sounds also gave him pleasure. This is still evident in his sets. He was affected by artists such as “Juan Atkins”, “Hector Couto” and “Solomun” but also by performers such as “Adam Beyer” or “Len Faki”. After years of hard work and dedication, many people say that Bego has developed his own individual style. Deep Techno/House with a lot of dark atmosphere.