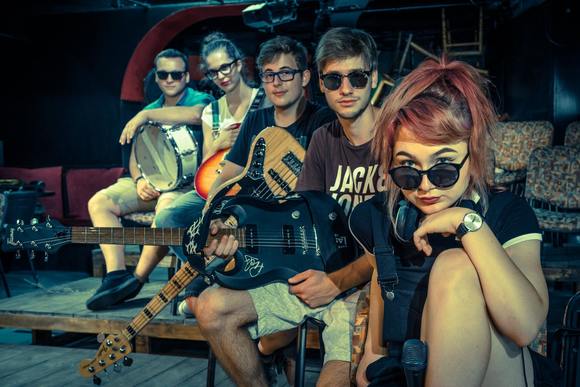 Infected got together in 2014. Since then they have been creating catchy yet unique rock music. All their songs are written in Slovene, their first language, which means they are quite an exception among young bands. Highly powerful female vocals and an energetic stage presence are two of their major characteristics. In the course of their short but rich career, Infected won the following newcomer band contests: Droogstock 2014 (Maribor, Slovenia), Battle of the Bands 2016 (Maribor, Slovenia), Rock vizije 2016 (Nova Gorica, Slovenija) and Špil Liga 2016 (Ljubljana, Slovenija). They were also one of the few finalists of Šourock 2016 and Volkswagen Rocks 2017. In 2018, Infected recorded their first album, which will be released this autumn.