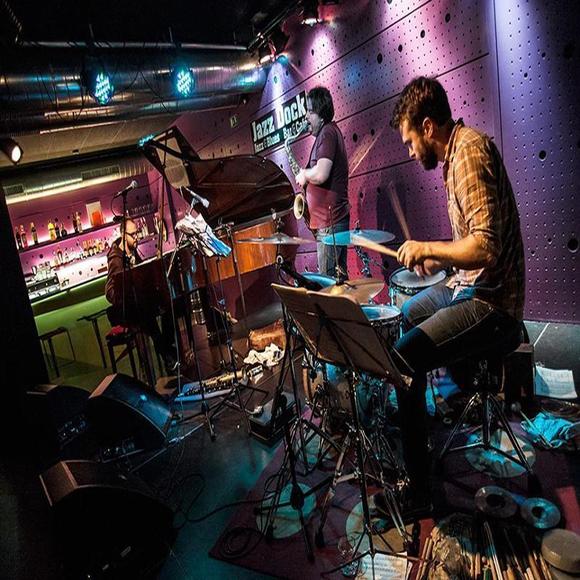 Renowned Lithuanian saxophonist Liudas Mockūnas put in 2014 together a new trio that connects the Norwegian/Danish and Lithuanian modern jazz scene.

Mockūnas has for many years been one of the most important avant­garde musicians from the Baltic region, with a wide range of collaborations across Europe. On piano we have Arnas Mikalkėnas who is one of the most promising improvisers from Lithuania. He is acting as band leader, composer, recently he is also working on the electroacoustic music field. The last member of the trio is Norwegian drummer Håkon Berre, who has been residing in Denmark during the last 15 years and has worked with Mockūnas in several contexts such as the noise trio Angel, and with the free jazz trio Peter Friis Nielsen Kalas.
The trio focuses on original material written by both Mockūnas, Mikalkėnas and Berre, and can be characterized as modern chamber jazz with inspiration from contemporary classical music and free jazz. The compositions have a transparent structure where the rhythmic and melodic templates provide a starting point for a very open kind of improvisation.

In October 2014 the trio played a 2­ week tour with concerts in Lithuania, Estonia, Norway and the Czech Republic. The tour included a festival concert at Vilnius Jazz Festival, which was recorded digitally by Lithuanian state radio. The recording resulted in the CD “Plunged”; an honest and accurate documentation of the trio’s work.