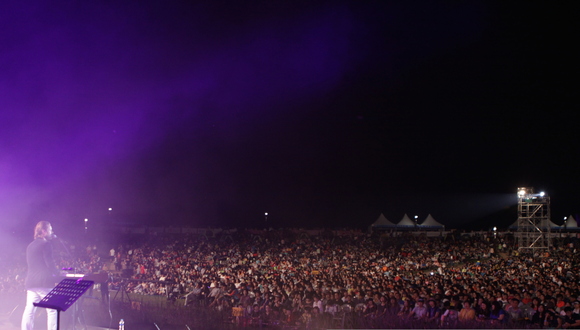 Andreas Sandlund is a musician, artist, songwriter and music producer.

He has songs and productions spread throughout the world in different countries, via radio, TV and various releases including platinum selling album in Europe and many other albums. In 2013 he for example had a song on a compilation released by major label Universal Music released in Europe, other artists featured were for example Avicii, Lana del Rey etc. He also released a single in Sweden with a duet with one of the most well known artists in Sweden, a former Eurovision Song Contest winner, a household name. Andreas has also

Andreas has released three albums so far. He is currently doing it under the a sublabel specifically for his own music called Nevermine Records, connected with distribution through Naxos. Singles, albums or compilations has also been released by other labels through licensing deals in other countries, for example in South Korea. In South Korea Andreas music has had over 50000 downloads and in 2014 he was there performing, for example on festival with over ten thousand in the audience. Also he was asked to do a remake of a well known song there and the release was covered on national TV news, the single aired on national radio etc.

He has a great deal of live experience through numerous of gigs. As a musician with other artists he has done a lot of gigs, TV performances and so forth. And also as an artist, performing on many prestigous venues in Sweden. He has also been abroad performing, in Germany and the UK. He does gigs with a band, for example a four piece band, but has also done a lot of gigs solo with only piano.

Can also be mentioned that Andreas has worked a lot as a session musician, doing studio work, have worked for example with songwriters and producers that has worked with artists like Christina Augiliera, Britney Spears, Bon Jovi, Toto, Michael Mc Donald, and many many others. Have done a lot of studio work with producers and been part of many recordings.