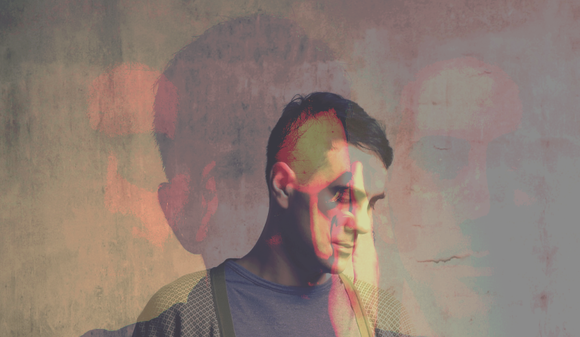 Andalou-Dog is a project by the south-east London based multi-instrumentalist Andy Caruso, playing a surrealist electro-rock music.


On April 2016 the song Artificial Satellite has been included in the NX Records Mixtape 2016 (Accidental Records ). In June 2016 BYPASS, Andalou's debut EP it's been released, featuring 5 tracks. Andalou-Dog's live shows make use of immersive theatre techniques.
In occasion of the BYPASS EP launch, the show was performed inside of a boat where the audience has been asked to wear a mask and comply to specific rules .
During the last summer, Andalou-Dog's strong connection with arts brought him to perform to 3 cross disciplinary art Festivals such as MIAF (Maidstone International Arts Festival), the Great Yorkshire Fringe and Peckham Festival.