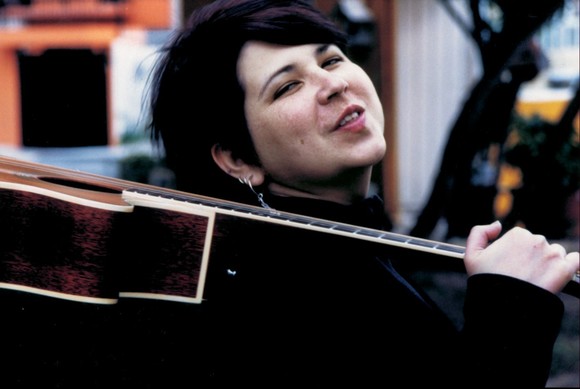 The Mexican songwriter Ana Contreras, since 1988, practiced the exercise of creating and sharing living realities through the song.

Their music blends traditional Latin American rhythms with modern rhythms and lyrics of philosophical depth.
His particular voice and his masterful handling of the guitar have become a benchmark for Mexican composition.
From the beginning of his career has participated in several national and international festivals, including Festival highlights the Values Bacardi, International Festival Nao and Singer-songwriters, Festival, CDMX, among others.
We could say that Ana Contreras music is usually blue, somewhat melancholy and deep. Though its rhythms flow from a Son to a Chacarera, his letters always refer to the question about the self and its relationship with the world.