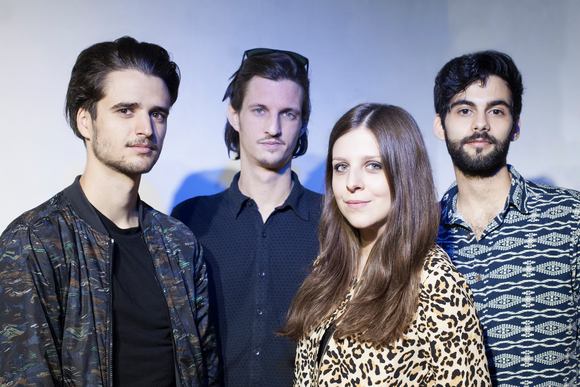 AGAVOID’s atmospheric music has undoubtedly one of the most unique sounds in the Budapest music scene.

The trio was formed in the summer of 2015, they won the unanimous attention of the audience and the press on their very first appearance at KERET Blog’s talent show. The band’s debut EP – Tamper/Ignore – was published in the October of 2015 which was followed by their foundation stone single, After. In 2016 they released their first full length album called CĀSUS. Their slowly trickling tunes are clearly, but smoothly growing from psychedelic roots. Kristof Huszár’s wandering on his bass together with the machine grooves give a very strong basis to Balint Kriska’s added crystal clear synth-mood creation, so you immediately find yourself in outer space where tense and light attributives are hand-in-hand. This is the scene which gives the frame to Dalma Puskas’ perfect melody lines and embarrassingly beautiful voice. From the beginning of 2017 they joined by Vincenzo Pellecchia on drums, so they will act not just as a live act, but as a full band. This is AGAVOID, their self-made clips and artworks are the proof that borders of music and other art forms can be blurred easily. Their openness, respect for music and usage of the studio as a playground makes them one of the most exciting and extraordinary experimental band.