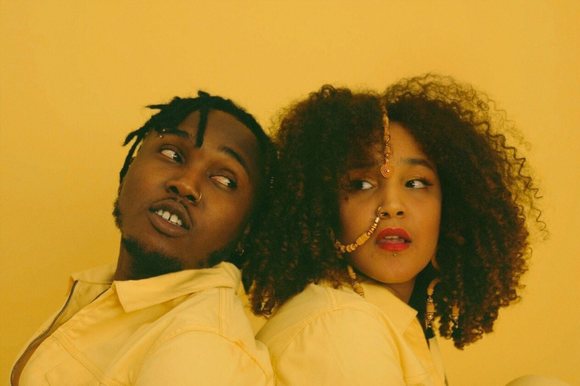 Starting with a friendship that blossomed into a relationship; our greatest fulfilment is finding a purpose within our personal and joint experiences and building a foundation based off love and creativity.

We have a consistent desire to push the limits of what we can create.

Since our debut release ‘Bills + Tax’ which featured on Complex, we set up a home recording studio; recording and mixing our vocals, developing our video editing skills and creative direction. We are independent, self-managing artists juggling a fulltime- unrelated jobs.

We had our first live performance with Underground Sounds in October 2020 (whilst the lockdown was eased) feeding the energy towards ‘I Got U / Off to the Races’ which has also been played on BBC Radio London.

A French Label, Kitsune contacted us upon hearing ‘Faith?’ who later released our song ‘Venus’ which is currently on 9K streams.

We ended 2020 with the opportunity to have an interview on air with Jess Iszatt as the ‘BBC Introducing in London Featured Artist’.