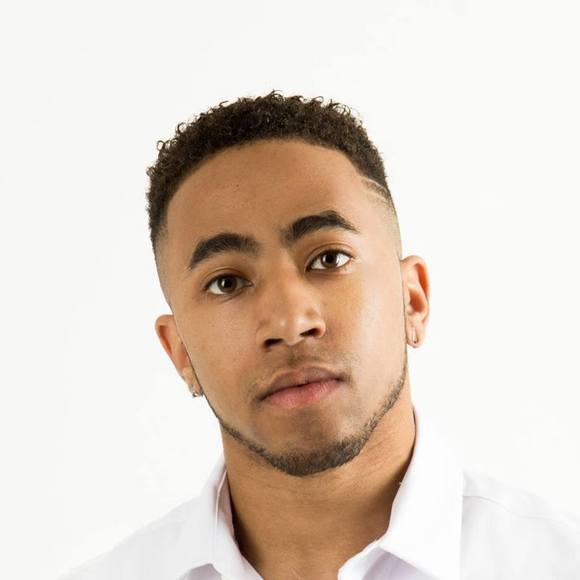 He has been singing and performing at church and school concerts from a very young age and in March 2006 he played the part as Miss Ivy’s son in the play ‘The Harder they come’ at the Theatre Royal Stratford East.
In 2008, Abel and his three sisters were competitors on the X-factor under the name of ‘4Instinct’. The family group impressed Simon Cowell with their talent and reached as far as the ‘judge’s houses’ as one of the final six groups where they performed in front of Louis Walsh.
Abel’s passion has always been in music and he went on to further education and obtained a BTEC National Diploma in Music Technology. He built a small studio at home where he has been developing his producing and song writing skills. From his home studio he has produced such tracks as ‘Give me a chance’, ‘Bring me down’ in collaboration with Grime artist Scrufizzer and he covered Miguel’s single ‘All I Want Is You’ along with rapper Young Az.
He has collaborated with K.Koke on his mixtape ‘Pure Koke vol.2’. The song is entitled ‘Nobody but us’.
Abel’s vocals are described as soulful, smooth and mesmerising and he has been vocally compared with artists such as Chris Brown and Trey Songz.
Abel released single ‘No Gentleman' and It has been playlisted on BBC 1xtra and can also be requested on Choice FM’s Jenny Francis ‘Slow Down Zone’. The video for this song is out now on YouTube along with lots more of his work.
In 2012 Abel Miller released his EP entitled "Make You Love Me" which received a very good number of downloads and regular play on radio stations, it also featured some of the UK's most talented artist such as chart topper Loick Essien,G Frsh and Cashtastic
As of 2013 Abel Miller appeared on UK rapper J Spades mixtape MMP2 and is now working on his upcoming project Entitled "A Million". As of late 2014 Abel Miller has opened up for R&B sensation Bobby Valentino at London’s jazz cafe and the progress has been remarkable.
Abel has recently released his latest project entitled EST. 1991 with very selective producers, mostly DONBC and only one track by Elson Barbosa. EST. 1991 is an authentic R&B project, built for real music lovers, it has been endorsed and hosted by BBC1Xtras very own DJ Ace, and when Abel performed at Birthdays, Record Box Event in Dalston at a dedicated R&B night, he got the best response from a R&B-loving crowd.
Abel has faced life challenges over the past years and this has not stopped him, it only reinforced his music skillset and he has translated this encounter into better music, in his future projects Abel talks about his obstacles from a personal perspective touching real life subjects that he has faced and overcome.

Abel Miller is one to watch.

Great music from Abel Miller is widely available online on all major platforms, including YouTube, SoundCloud, iTunes and Spotify