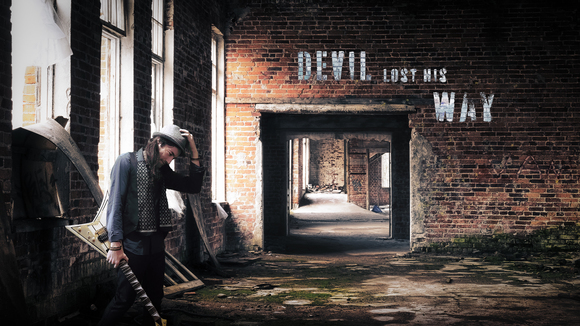 Aaron O'Shea has been around on the live music scene for over 10 years as just the guitarist in multiple bands but now felt with the experience it was time to make a few hits foe himself.

In the short time before Covid kicked in Aaron started to turn heads and regularly getting booked along with radio play and interviews across the globe. Now venues have opened back up in 2021 Aaron has become high in demand again and sounding better than ever. Aaron's influences come from a vast range of genres from Rock, Classical, Funk, Blues, Heavy metal and it all shows in his guitar playing and style.

WINNER OF SANDFEST BATTLE OF THE BANDS 2021

Aaron O'Shea, one of Dorset's most promising rockers released his debut album on 9th April 2021. Just over 2 years in the making, Aaron has finally been able to step back and say this is an album he is very proud of, Working alongside Matt Black at Hangover Hill Studio he has landed himself a small record deal which helped get his first album underway. Aaron knew he didn't want anyone other than Matt to produce and mix his albums so he knew it was a easy decision to join the label.

Since the Lockdown has eased Aaron has thoughtfully put together a 3 piece band of very talented musicians to blow the audience away with his debut album and new songs with an incredible sound that will get any rock fan instantly hooked.

"The album has punching guitar riffs and solo's that will get you jumping and head banging, with the goal to have a solid album from start to finish showing the intent of the honest lyrics through daily struggles, depression and classic heart break, this album has it all."

"This album is a must for any rock fan"