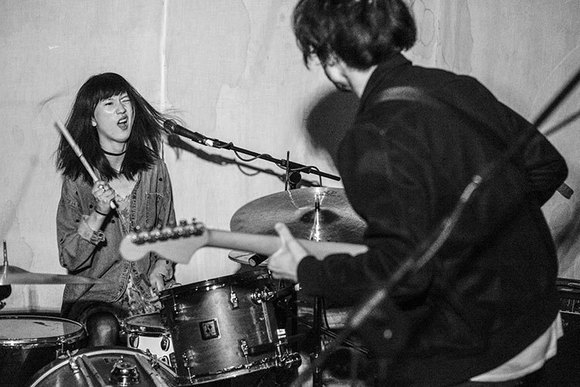 57 (pronounced Oh­Chill in Korean) is a two ­piece rock duo based in Seoul.

57 (whose name comes from a song by major influence Biffy Clyro) formed in 2012 and were immediately labeled a band to watch by both fans and critics alike. They released their highly acclaimed self titled debut EP in 2014. The "57" EP captured the raw energy and sound that fans loved about their electrifying live performances.

In 2015, 57 competed in two of South Korea's most prominent band audition competitions, winning first place at KT&G Band Discovery and reaching the finals of Hello Rookie. Riding the momentum of their success, 57 went on to appear at many of the major Korean music festivals the following year, including Jisan Valley Rock Festival, Busan International Rock Festival, Jeju Stepping Stone Festival, and Korea’s largest international showcase, Zandari Festa. 2016 also saw the band invited to play at the world-renowned Liverpool Sound City festival. While in the UK 57 embarked on a highly successful three-week tour, including appearances at Manchester's Night & Day Cafe and The Windmill in Brixton, London.

57 are currently working on their eagerly anticipated first full-length album, due to be released in March 2017.