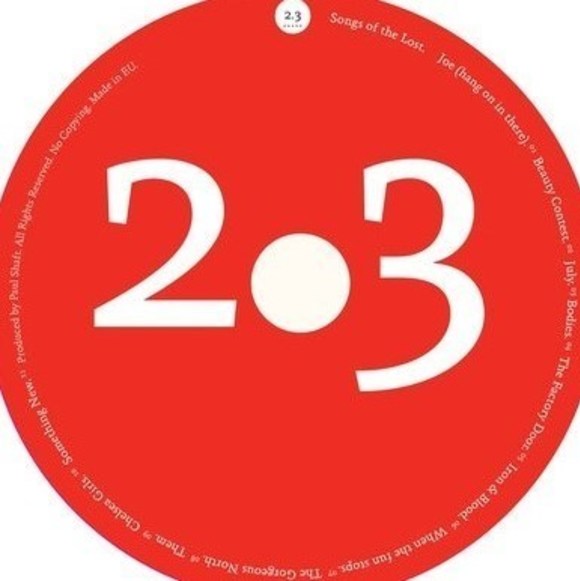 Big things are happening in youth culture. The Clash, Sex Pistols and The Damned are shaking up the London scene as a fresh musical  energy sweeps aside the long hair, triple disc concept albums and sleep inducing guitar solos of Prog Pock.  Something new and exciting is happening.  Punk.  Or is it New Wave? Nobody is quite sure, but for some at least It is not just about Kings Road bondage trousers and Ladbroke Grove battle fatigues. In Manchester the Buzzcocks release their debut Spiral Scratch EP on their own label and sell 20,000 copies in a week.

1977. Across the Pennines in Sheffield,  Gunrubber fanzine preaches  its own steely re- interpretation of the Gospel according to Punk; as much inspired by Pete Shelley, Iggy Pop, Lou Reed and David Byrne than Johnny Rotten. Annoyed by some of the indetikit punk being manufactured by record companies on the make, Gunrubber editor Paul Bower, (aka Ronny Clocks) puts an advert in his fanzine and pins an appeal for a drummer to his screen printed shirt emblazoned with a Star of David - a statement in response to the Roxy Club bozos wearing swastikas. He plays guitar and is looking for musical partners to form a band. 17 years old, 6’ 3” Haydn Boyes Weston responds to the call for a drummer,  Paul Shaft (Sharpe)  arrives with a sack full of songs, strong vocals and a low slung bass to complete the line up.  They rehearse in a semi derelict cutlery workshop where a year later would see the Human League twiddling knobs and experimenting with tape loops in the next room.

2.3 are born Sheffield’s first new wave band and they start gigging within three weeks.  They play short songs that speak about life in a depressed but proud steel city and rapidly gain a passionate following with fans hitching miles to dance and sing along to clean crisp numbers (they are not Sex Pistols wannabes or Clash copyist) such as;  No Violence, (I Don’t Care About) London, Summer of 69, Blondes are More Fun, Nowhere and New Clear Waves.

As well as gigs on their own at pubs and clubs they play support slots for Generation X, The Stranglers, Siouxsie and the Banshees, Steel Pulse, Tom Robinson, XTC and the Rezillos where they are spotted by Bob Last who signs them on the spot to his new Fast Product label to join stable mates Gang of Four and the Mekons.

1978. 2.3 drive to Edinburgh in Shaft’s battered Ford Transit to record a double A side single, All Time Low and Where to Now? The single receives critical acclaim  and Tony Parson makes it his Single of the Week in NME. All is set for 2.3 to take the next big step.  The Big Time beckons..... So they split up.  A mixture of musical differences and competing testosterone levels drive Bower and Shaft apart. They go their separate ways.  Shaft forms free jazz pioneers Bass Tone Trap, Boyes- Weston plays on the first two Cabaret Voltaire albums.  Bower hangs up his Gibson ES330, studies Spanish and spends his summers touring Basque fiestas.

2016.  Shaft and Bower decide to reform the band triggered by the tragic death of Haydn Boyes-Weston in 2014. With the help of guest drummer, Jon Kelly and much reworking of the old songs and new material like 1975 and Excellent (inspired by the life and attitude of Hayden Boyes Weston) they played their first gig in 37 years at Sheffield’s Tramlines Festival in front of cheering crowd of 200 at the Crystal Bar  - 500 yards from where they started their career.

Four decades is a lot of time to make up and 2.3 are now busy writing and performing new material, both as a three-piece with Jon and also as a duo (undrummed!). Recording begins early in 2017 for the album that should have followed the 1978 single (a bit late) with more gigs and two appearances planned for Tramlines 2017.